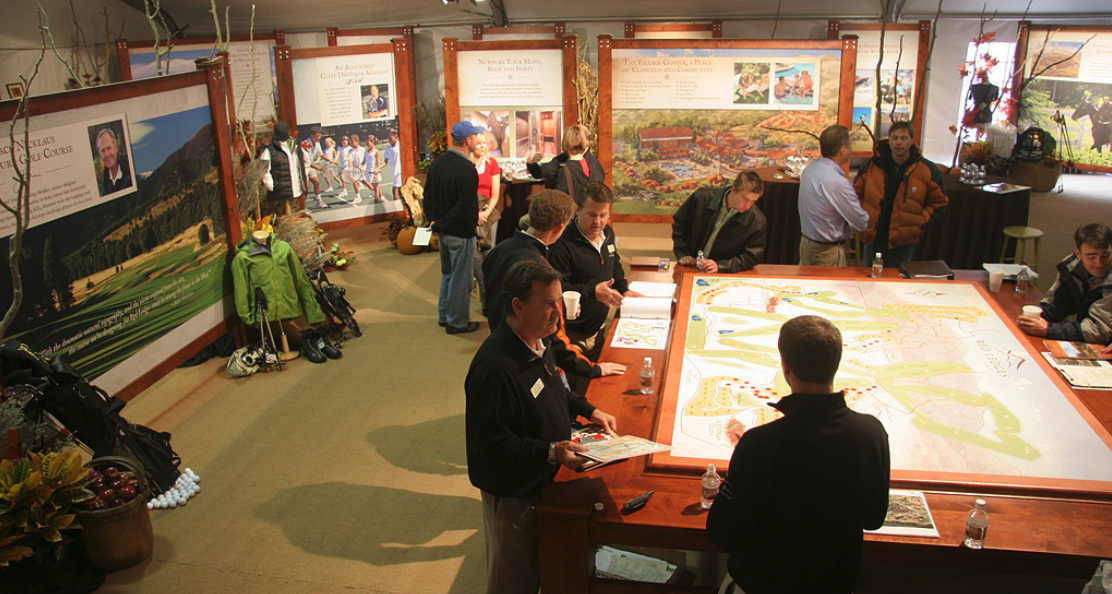 RED LEDGES HAD A GALA OPENING EVENT ON OCTOBER 13, 2007. JACK NICKLAUS, JIM MCLEAN, CLIFF DRYSDALE, STATE DIGNITARIES AND INTERESTED GUESTS JOINED THE BURNS AND ARCHIBALD FAMILIES IN A PARTY ON WHAT WAS TO BECOME THE GOLF PRACTICE FACILITY.

Today, that same group of collaborators celebrate a decade of success. The Jack Nicklaus Signature golf course debuted to national acclaim, winning Golf Magazine’s “Best New Private Course in America” award. Over 500 properties have been sold, there are over 140 completed homes, cabins and cottages, and nearly 100 more are in construction or design. There have been more than $60 million in real estate sales in the community so far in 2017 – a level 20% higher than the previous full-year sales record in the community. The families’ prudent plan has evolved over 10 years, and is paying dividends.

“So many developers are dreamers first and business people second,” notes Red Ledges Chief Operating Officer Mitchel Burns says. “But Tony Burns and Nolan Archibald are businessmen first. They leveraged a lifetime of experience and relationships to keep us going. Now, we’re able to invest in our next set of amenities.”

“I think the thing I’m most proud about when I drive through Red Ledges today is to see the total level of activity that’s taking place,” states Tony. “We’re building additional amenities, and beneath it all I like the attitude and the energy. And the excitement of the new Red Ledges families when they’re building their home, that’s a lot of fun to see.”

Red Ledges’ October, 2017 “birthday” was commemorated with the groundbreaking of a resort-style pool complex for the many families who have purchased in the community – a follow up to 2016’s opening of the Jack Nicklaus 12-hole Signature Golf Park (a first of its kind). A new partnership with the master developers of Charleston, SC’s famed Kiawah Island resort community promises to bring more opportunities. And as always, the founding partners’ core philosophies – designing with nature, prudent development, family-focus – will continue to guide the community in Red Ledges’ second decade.