“I had an incredible experience playing at the event,” Michael said. “It was exciting to share the court with some of the world’s best players and I even managed to win a few points. It was fun to play and represent Red Ledges in front so many people.”

At the event, Michael was presented on center court with the Cliff Drysdale ‘Club of the Year Award’, which recognized Red Ledges’ tennis program as the best of all of Cliff Drysdale-managed Tennis programs worldwide.  “I had several people congratulate me after receiving the award and wanting to know more about Red Ledges,” noted Michael. “This was great publicity, and I could see people were genuinely interested.” 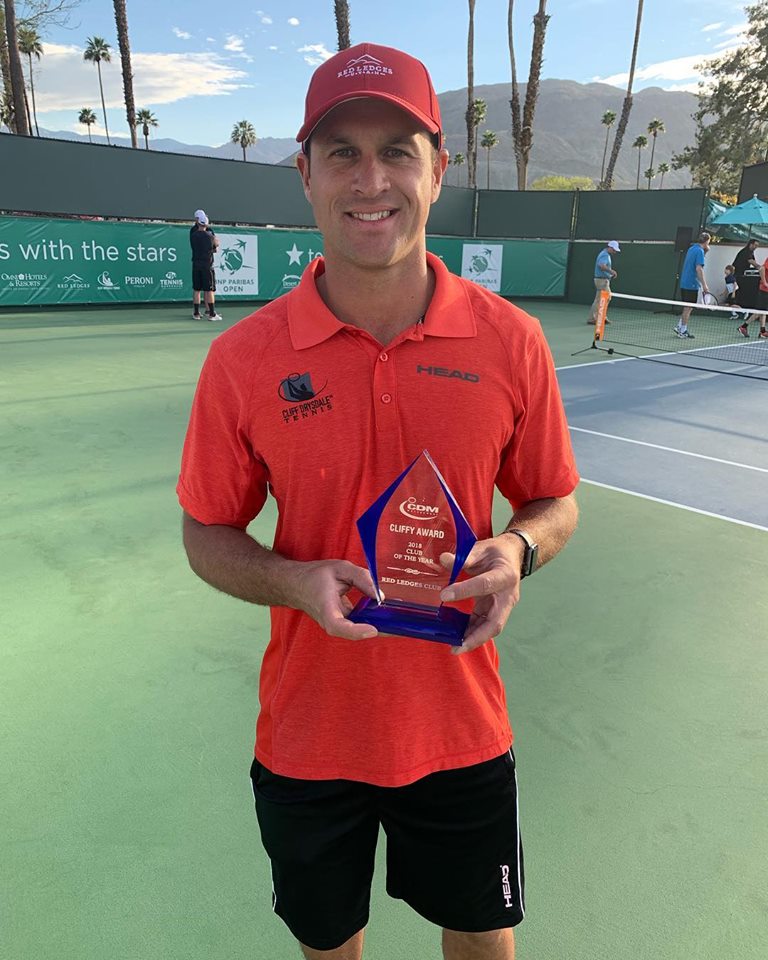 “Receiving the ‘Club of the Year’ award was a huge honor as was the opportunity to play alongside an incredible roster of stars this weekend,” adds Michael. “We had a few Red Ledges members at the event, and they were proud to see our club and tennis program in the spotlight for others to see.”