Mastering the Game of Golf with Jack Nicklaus and Angelo Argeo 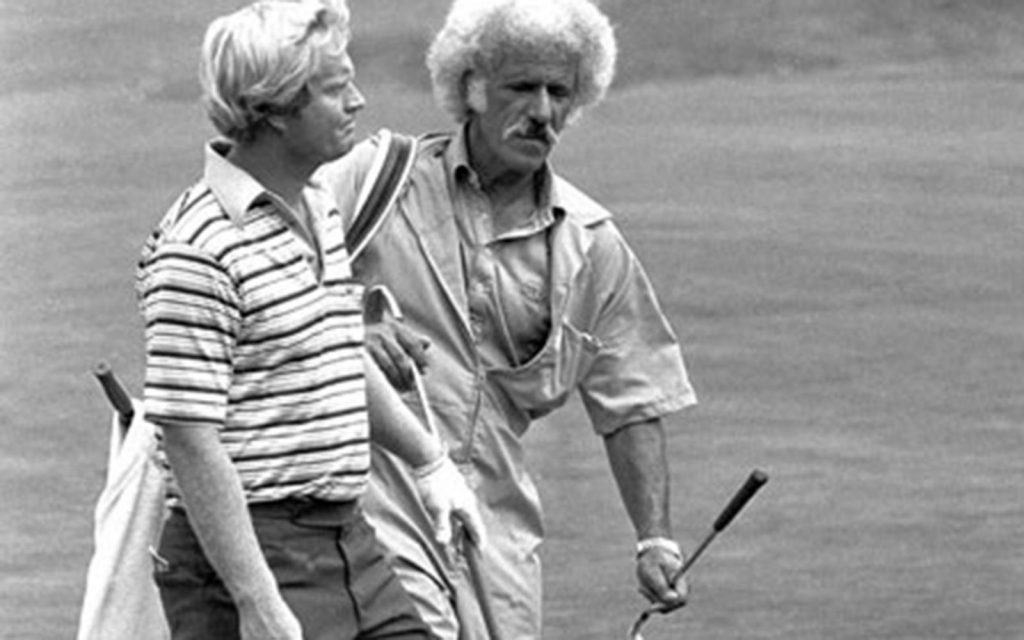 As I look back on my career in Golf and the Club world, I am most grateful for the people I have worked with and met through the years. During a time early in my career I was able to work with, for and around the best golfers and golf characters in the world. Because of this, I was privy to many great stories that most people have never heard. Being that most of these people had achieved some level of true greatness, I thought I would share a story of how truly skilled Jack Nicklaus was as a golfer. Even those that don’t play the game know that Jack was the greatest, so here is a little story for you.

Back in 1993 I had the pleasure of working with Angelo Argea at Old Marsh Golf Club in Palm Beach Gardens, Florida. When I knew Angelo, he was our Caddie Master at Old Marsh. Earlier in Angelo’s life he was Jack Nicklaus’ regular caddie for most of Jack’s career. Angelo was a colorful man himself and was on Jack’s bag for most of Jack’s wins during his career. During Jack’s prime of his career, Angelo and other caddies would not just carry the bag and clean clubs; they would “shag” (pick up) their player’s practice balls during practice sessions.

Unlike today, with cameras and media everywhere, the work that Jack and Angelo put in, was alone and went unnoticed, except by them. A typical practice session would be Angelo dumping a full shag bag of golf balls on the practice tee and then him walking out on the practice field to be ready to pick up the balls after they were hit. This meant standing in the sun, bending over picking up the balls, cleaning them and returning them to Jack to hit again and again – this was not exciting or fun to say the least, especially in the hot Florida sun on humid days.

As Jack would work through the golf bag – Angelo having trust in Jack and Jack being as good as he was – Angelo would stand at distance, watch the ball fly, see it bounce at his feet, catch the ball with a wet towel, wipe the ball and drop it back into the shag bag! It was efficiency at its finest. What makes this amazing, is that Angelo would do this from the start of the practice session all the way up to Jack hitting 1 irons from over 240 yards away. Clearly, Angelo had a trusting role in this, but for Jack to be able to hit 1 irons accurately enough that Angelo would never have to take more than a step left or right to catch the ball on a bounce, is more than remarkable! Today even touring professionals don’t carry a 1, 2 or even a 3 iron in some cases, because of the difficulty to be accurate at long distances. Jack was a master of the game – especially of the 1 iron.

To lend some additional context, the great Lee Trevino once said, “If you are caught on a golf course during a storm and are afraid of lightning, hold up a 1 iron. Not even God can hit a 1 iron.” That is how great the Golden Bear was in his prime! So when people talk about all the measurable things Jack did, now you know some of the behind-the-scenes work he did to get there.