“I hit my first hole in one yesterday,” Betsy Townsend said with a matter-of-fact nonchalance belying the rarity of the accomplishment. Her husband Jay—a retired professional golfer and current broadcaster with a slew of top-10 finishes on the European Tour—had a paltry three-ace advantage over the course of his entire career. As such with Jay standing alongside, it didn’t seem the appropriate time for such humility. But it wasn’t until pressed further by bewildered company that Betsy described the ball’s flight path and subsequent serpentine roll into the cup on the par-three fourth hole. Some people are made for the moment, it seems. 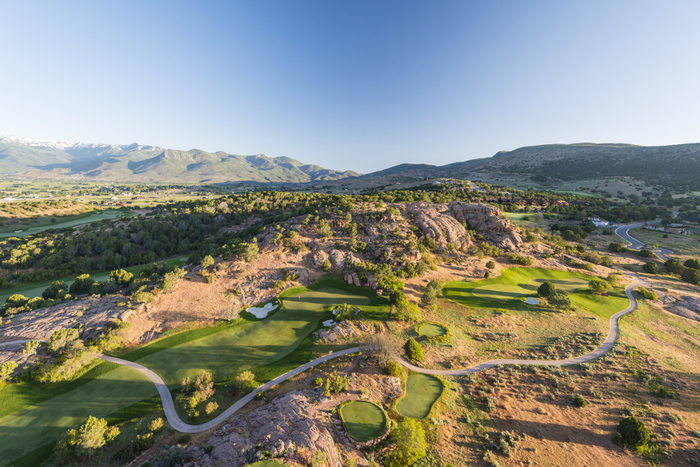 I met the Townsends in the clubhouse at Red Ledges, the 2,000-acre private community in the Heber Valley with 300 homes where they are full-time residents. The pair is understated almost to a fault with neither Jay nor Betsy offering up much in the way of self-acclaim on their own accord. Still, there was one topic upon which they were happy to serve up several dissertations: skiing.

Even in the 90-some degree heat of summer’s dog days, the Townsends giddily told tales of the 70-plus days they had on snow last winter. With intricate detail Jay and Betsy described how to best dissect the terrain at neighboring Deer Valley Resort to carve up the best snow and find the shortest lift lines. Sorry, that’s not information I’m at liberty to divulge, but I certainly found their methods compelling. 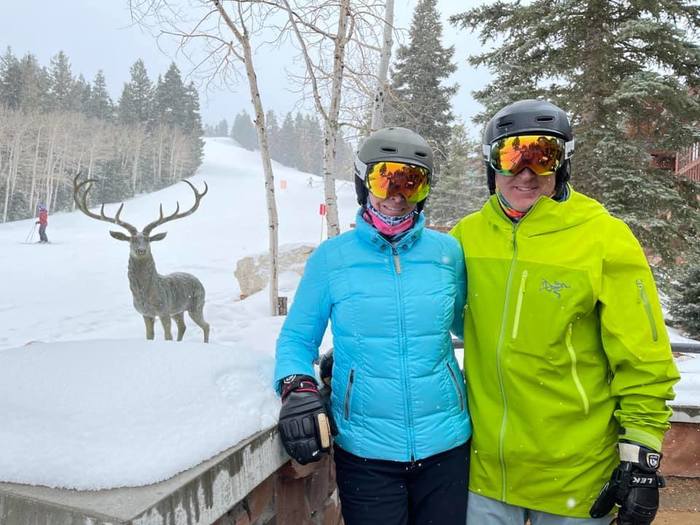 Jay and Betsy are nominally golfers—literally a professional and a club champion, respectively—but they are nothing if not skiers at heart, something shared with many neighbors. “There are at least as many serious skiers as there are golfers at Red Ledges,” Betsy said. It’s a passionate group of enthusiasts who’ve chosen with intention, to live in Heber Valley under the towering silhouette of Mount Timpanogos. It’s difficult not to feel inspiration to hit the slopes with such a view.

Red Ledges, to be certain, is a wonderful property. The rust-colored escarpment for which the community is named forms a picturesque centerpiece as though a portion of southern Utah had been transported to the Wasatch Back. The scenic 18-hole golf course was designed by Jack Nicklaus—no slouch, I’m told. There are five miles of mountain biking and hiking trails winding through the property, which connect to the nearby Coyote Trail system. There’s a wonderful family-friendly community pool and 300 luxurious residences with plans for more. But all those amenities are replicable, to a certain extent at least. What’s singular, is the community at Red Ledges. 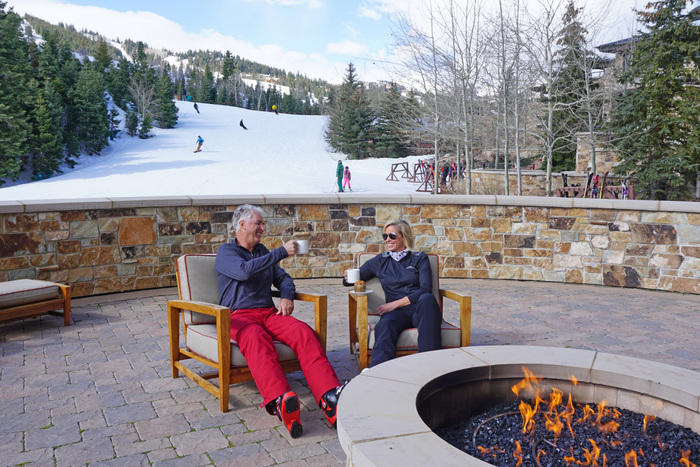 Jay and Betsy relaxing at the Deer Crest Club at St. Regis Deer Valley, a ski-in/ski-out lodge that Red Ledges members have special access to.

“The people are absolutely the best part,” Jay said. “We’re friends here with people from all over the country, from all sorts of different backgrounds, but we all ended up coming to Red Ledges because we’re seeking out the same things. That’s what makes this community so special.”

Red Ledges is clearly a different type of private community. It’s one filled with passionate skiers and outdoor enthusiasts who desire solitude while still being able to be part of the surrounding Wasatch Back region. Just minutes away are wonderful restaurants in Heber City, Midway and Park City, an international airport in SLC, and, most importantly, immaculate slopes covered by The Greatest Snow on Earth®. Red Ledges isn’t a status symbol. It’s a refreshing, inspiring lifestyle. To learn more, visit the Red Ledges website.